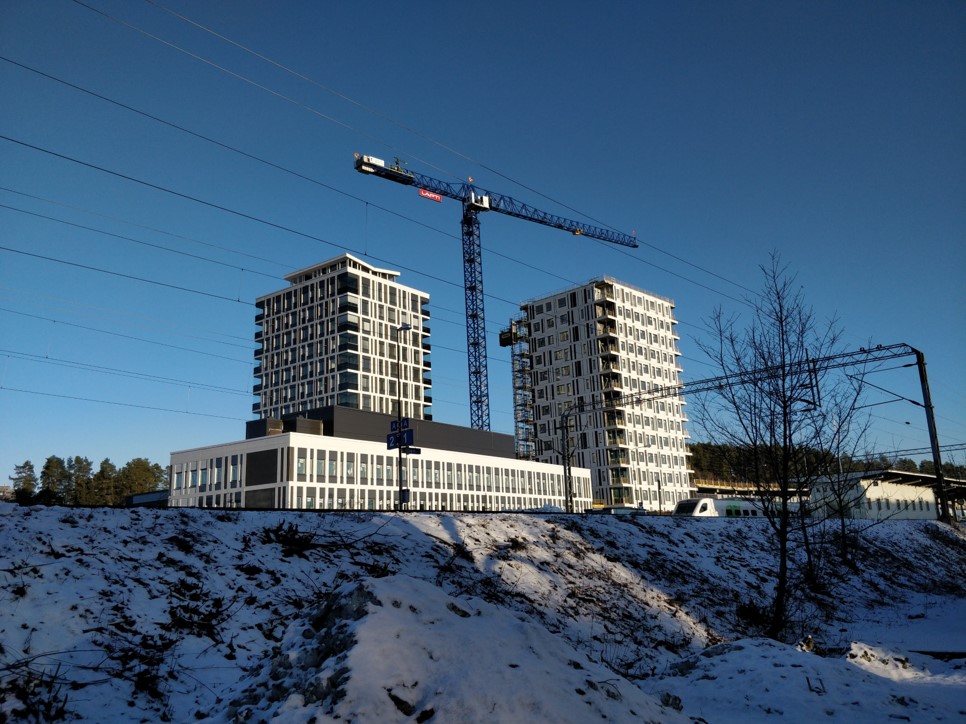 Kuopio Portti is a development project for the Kuopio station region, where between 2018-2022 a modern travel centre will be completed in three phases, along with apartments, office and business premises, care and wellbeing services, as well as other services. The first phase was completed in early 2020, when the premises of Matkahuolto and R-kioski and the Asunto Oy Kuopio Station Tower were completed. The multipurpose space at Kuopio Portti totals 50,000 square metres.

Adven Oy is responsible for the self-sufficient and almost carbon-neutral energy solution of Kuopio Portti. Heating and cooling are produced using geothermal energy from the bedrock of the same site. Renewable energy is also utilized by installing solar panels on the roof of the car park. The electricity generated by the solar panels is used, among other things, to illuminate the car park and charge electric cars.

At the beginning, the project was a joint project between VR Group, the City of Kuopio, and Rakennusliike Lapti Oy, which Lapti Oy was responsible for planning and implementing. ETS NORD has been involved in the project as a supplier of air handling units (Recair) and ventilation equipment. The delivery includes, among other things, ventilation units, ventilation ducts, and exhaust-air diffusers.

Occasionally there are surprises on the site that you need to be able to react to quickly. In the case of Kuopio Portti, problems were caused by the engine room, which serves the Travel Centre area as well as the daycare and business premises located in the building. The spaces on the site were very limited and the hauling route to the engine room was cramped.

‘Recair air handling units are very adaptable and compact, which is why we were able to fit them into a very challenging space quite easily,’ says Juha Tervo of Lapti, who was involved in the project. ‘We have been working with ETS NORD for a long time, and yes, they are already a regular supplier of ours for ventilation solutions. The price-quality ratio matches our target, and the job is commendable in all respects,’ Tervo continues.